What is a Compressor?

First of all, a compressor is a machine or mechanical device that pressurizes gas by reducing its volume. In the oil and gas industry, gas compressors are used in drilling and transporting gas and liquid
An offshore gas compressor conveys gas or liquid under the sea level and on drilling platforms. It must be built robustly to withstand the pressure of the sea upon it and the constant shifting of the sea’s tides.

How does an Offshore Gas Compressor Work?

Offshore gas compressors mechanically increase pressure on a gas to decrease its volume until a desired delivery point is reached to move the gas through provided piping. The gas can then be transported to predestined points in the extraction process such as preprocessing or storage. While the gas is held at these stages, the compressor needs to maintain exact and stable pressure to keep the gas at the same volume.
Gas compressors can also move liquid. For example when extracting oil, gas is introduced at high pressure to move (or rather push) liquid through decreased capacity compartments (stages) such as pipes. The increasing pressure placed on the liquid allows for large amounts of it to be quickly transported from its source (drilling/extraction point), to the collection and production site (rig), and then on to the consumer or point of purchase.

What Offshore Functions Do Compressors Perform?

In a nutshell, offshore oil and natural gas operations rely on specialized compressors to move liquid and gas from the extraction point to the rig and further down the supply chain, for example the tanker.
Typical offshore operations where compressors are used:
• Gas Lift – lifts the liquid from the extraction point to the rig by having compressors insert highly compressed air into the liquid and therefore reducing its density to make it rise to the top of the well.
• Gas Gathering – by reducing pressure in gas gathering lines, which spread from the main well like branches of a tree, compressors move gas to various destinations such as a processing plant, marine terminal for transport.
• Gas Processing – compressors transport gas through many processing stages to remove impurities, contaminants and higher molecular mass hydrocarbons from the gas.
• Gas transport and distribution – compressors transport the gas or liquid to the many vital points of the gas distribution system.
• Maintaining gas pressure – compressors are used to keep gas in a stable volume or pressure for predictable transport speed
• Reducing gas volume for storage in tankers – compressors are used to reduce gas volume for storage purposes.

The most utilized types of compressors are Reciprocating and Centrifugal compressors. These popular compressor designs and technologies have gained in popularity in the offshore crude oil and natural gas sector for their ease of installation and small footprint, but most importantly for their ability to efficiently compress and transport natural gas.
Reciprocating Compressors
In the natural gas sector, the design of the reciprocating compressor is especially useful for its efficiency. Here, the crankshaft’s motion pushes gas through a suction manifold into the compression cylinder thereby increasing pressure efficiently and facilitating transport.
Centrifugal Compressors
The centrifugal compressor’s impeller (rotating disk) is used to increase the speed with which gas is transported to the opposing duct section where it is converted to pressure energy.
Centrifugal compressors are very highly rated at transporting gas to the many vital points of the gas distribution system, as well as compressing gas to be readied for storage.

Examples of Offshore Gas Compressors in the Oil and Gas Sector

FLARE GAS RECOVERY COMPRESSORS
The utilization of flare gas has been picking up steam in the offshore oil and gas sector. It’s all due to the implementation of gas compressors equipped with a drive motor used to recover flare gas, which can be used as a valuable energy resource. Using this technology, flare gas can now be recovered instead of burnt off.
Flare gas recovery compressors, as they are now known, are easy to install, operate, and maintain. They are built with corrosion-resistant materials and coating technologies to handle the very corrosive constituents that are characteristic of flare gas. Being located beneath sea/ocean level, flare gas recovery compressors are also built to withstand the movement of tides, which otherwise would have negatively impacted the compressor’s operation and lifespan. Discover more about Flare Gas Recovery.

COMPRESSORS FOR OFFSHORE GAS DRILLING FACILITIES
Compact gas compressors are widely used to transport gas from the extraction point to the rig. Using stabilization technologies to alleviate the constant movements of the tides, these offshore gas compressors are also compact and easy to install.

WET GAS COMPRESSOR
Where optimizing production and minimizing cost are critical targets, wet gas compressors that can compress and pre-process any combination of liquid and gas on the subsea level are making inroads in the offshore oil and gas sector. They offer an efficient and space-saving solution. Built from materials that reduce the adherence of contaminants and designed for easy disassembly and cleaning, these compressors can offer a prolonged lifespan. Discover more about our Wet Gas Compressors. 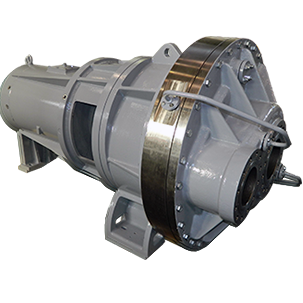 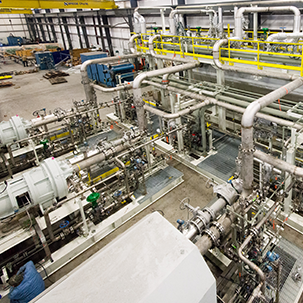 At Garo, we have specifically designed gas compression systems for the offshore oil and gas industry, including systems for flare gas compression, vapor recovery, and vent gas recovery.
See our Offshore Product page to discover our full range, and learn about how Garo compressors can benefit your offshore operations!

Since 1947, Garo has collaborated with companies around the world to custom design compressors that enable safe handling of toxic and corrosive gases. More than 70 years of engineering expertise allows us to support clients from concept/FEED studies through project execution to site services and more.